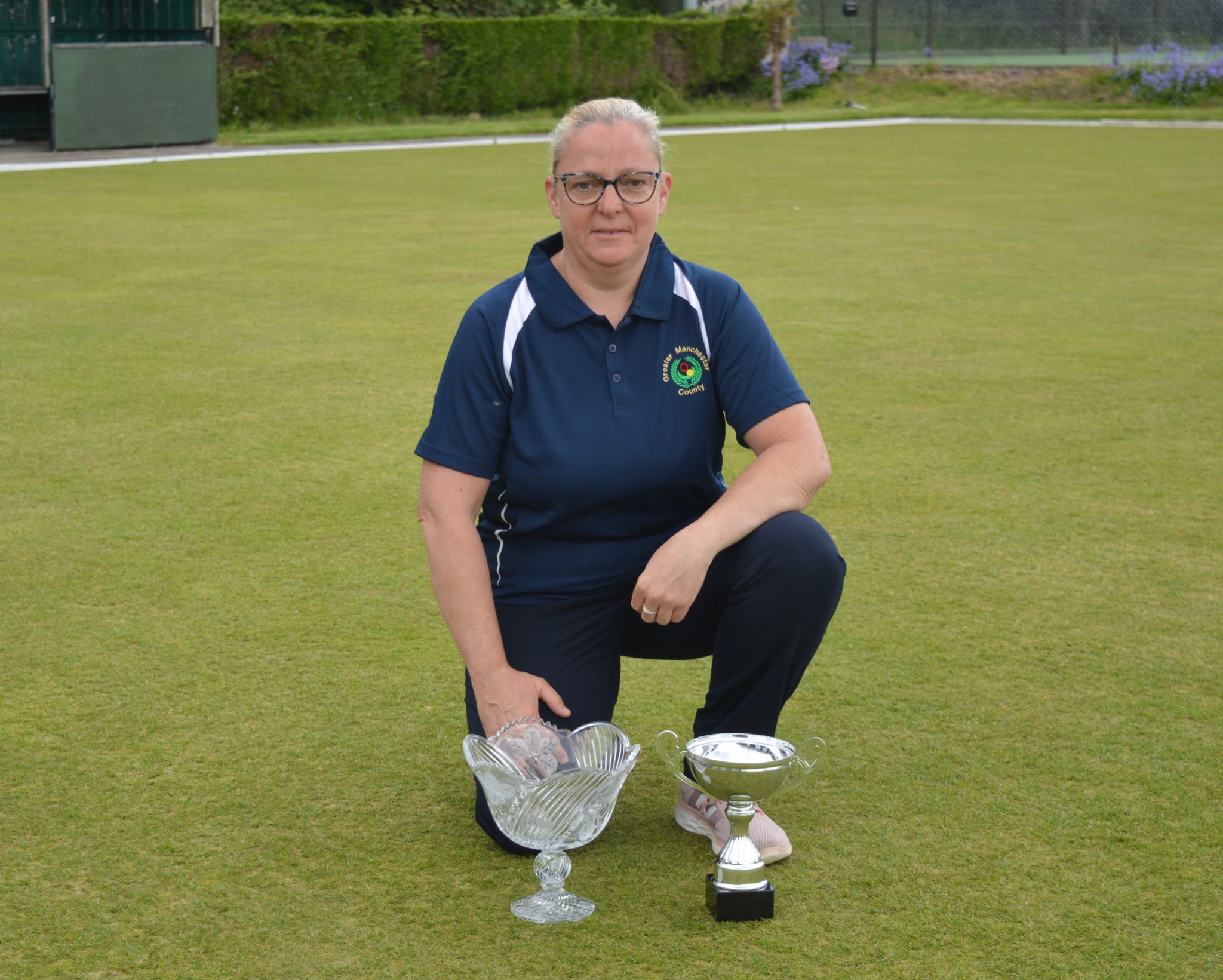 Scroll down for previous years results

1       This will be a One-Day Knockout competition, at a venue decided by the Management Committee, ensuring no competitor is allowed to play on a green of which she is a playing member.

2       Entry fee is £20.00 to be paid at the Secretaries meeting in March.  Prize monies will be decided annually by the Management Committee.

3       The entries will be the top average winners from each County including the Isle of Man, made up to 21 with the requisite number of second highest averages.

5       Any player failing to compete in the final of this  competition shall automatically be suspended from entering all competitions run by the Association for a period of not less than 12 months, to take effect from the next AGM, except by valid reason, i.e. medical certificate.  Subsequent offences to carry a penalty of three years suspension subject to Management decision.

7       All games to be played to the Laws of the Game of Crown Green Bowls, as laid down in the BCGBA handbook.

8       There will be a start and scratch time, both of which will be the same.  This will be strictly adhered to, apart from exceptional circumstances, to be decided by the BCGBA Ladies Competitions Committee.

9       Any player receiving a bye in this competition shall be entitled to 10 minutes practice on the green on which they would have played their initial heat.