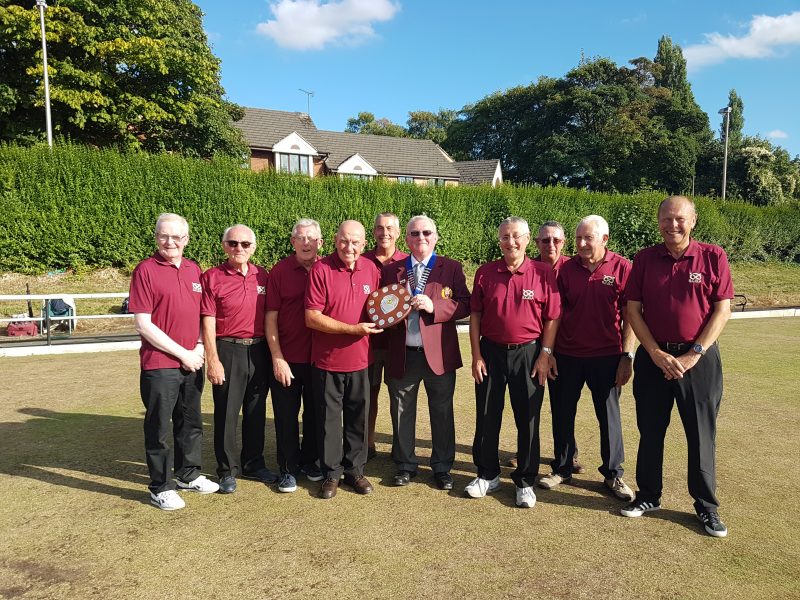 2       Each County Association in membership shall be entitled to enter a team in the event.

3       The counties in each region to be decided by the Management Committee and each region will remain so for 4 years.   Within each region each county will host the qualifying round once in a 4 year cycle.   An exception to this being a region containing the Isle of Man (should they wish to enter).

4       Teams to consist of 8 male players who are 60 years of age or more.  Each county to submit a squad of up to 12 qualifying players on the day of the competition, all teams selected must be from the submitted list for the regional qualifiers.  A fresh squad of up to 12 players may be submitted for the final stages.

5       The entry fee per team will be decided annually by the Management Committee, the latest date for entry to be 1st April (once entered teams to fulfil 4 year cycle).  All  players  must  be  bona fide members of a club affiliated to their County Association and must not have played in the Senior County Championship for another county during the season, nor played in the Veterans or Senior IMC in another county the season concerned.

6       No player will be allowed to play on a green of a club where they are a playing member.

8       Competing teams in each region will play on a round robin basis to provide a regional winner to compete in the final.  All matches must be played and completed.  Failure to do so will result in the offending county, or counties being fined by the Management Committee.

9       The 4 regional winners will play on the final date at a neutral venue selected by the Management Committee again on a round robin basis to determine the Championship Winners.

10     (i)  Prior to each match, counties must submit their team in playing order to the official in charge.  If a nominated player is then not available at the start of the appropriate game, they can be replaced by a reserve from the squad list.

(ii)  In every match the toss of a coin will determine the cast of jacks.

(iii)  No practice will be allowed on selected greens for 7 days prior to the match.

(iv)  In each match, the team with the highest aggregate shall determine the winner and awarded 2 points, in the case of a tie on aggregate the teams to be awarded 1 point each.

(v)  After completion of the round robin matches, the team with the most points to be declared the winner.  In the event of a tie, the following order of elimination will apply.

a  The team with the best aggregate (total shots for minus total shots against).

b  Tie on aggregate, team with the most individual winners.

c  If still a tie, the team with the best winner.

(vi)  The County Association staging the regional event to provide the person in charge (to run the event) and sufficient referees.(vii)

(vii)  In the event that insufficient counties enter to make 4 regions of 4 counties then consideration will be given to inviting the British Parks Veterans County Champions. Following this, consideration would be given for a county to enter a second team in the regional stages