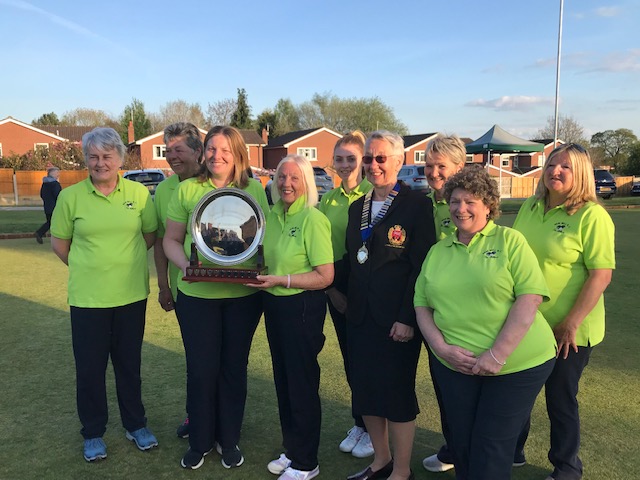 1       The Club Championship shall be held annually on a Sunday in April, commencing at 9.30am, the venue to be determined by the Management Committee.  The selected venue must have no less than four bowling greens if there is a full entry.

2       Each County Association in membership shall be entitled to enter a club team in this event.  If less than 16 teams have entered County Associations will be asked to submit a second team.  These applicants will be drawn from a hat to establish which team/teams will be included in the main draw.  Any second teams not successful within the 16 will be placed on the reserve list in drawn order, which will be used in the event of any withdrawal(s).  If there are less than eight entries, the event will be cancelled.  If there are nine to fifteen entries the format may change.  If there are more than sixteen entries, a rota will be introduced similar to the one used for the Veterans County Championship.  The closing date for entering a team will be 1st March of each year when the draw for the competition will be made.

4       Each County Association must submit the name and contact details of their Club Champions from the previous year to the British Crown Green Ladies Bowling Competition Secretary no later than the 1st March of each year.

5       Teams for the event will consist of eight players and each Club Captain will submit to the official in charge on the day of the event a squad list, maximum of twelve players, from which all teams must be selected.  Players must be bona fide members of the Club both in the current and qualifying year.

7       Prior to the first match in the Championship, Counties must submit their teams in playing order to the official in charge.  In subsequent matches in the round robin stage, teams will be submitted in two stages; the first four will be submitted once player number six in the game prior has been called to the green, and the last four will be submitted once player number one has been called to the green.  Teams must be selected from the original squad list.  If a nominated player  is not available at the start of the appropriate game she can be replaced by a reserve from the squad list.  In the final stages of this event, no player shall play on a green of a club of which she is a playing member.

8       All games in this competition shall be 15 up.  In the rounds prior to the semi final the competing teams will be drawn in groups of four and will play on a round robin basis to determine a semi-finalist. In each group the three matches will be played on the same green.  The semi final and final will be played on a green to be determined by the Management Committee.

9       In every match the toss of a coin shall determine the cast of jacks (odds and evens).  No practice will be allowed on selected greens once the details have been announced.  In each match the team with the highest aggregate (total shots for minus total shots against) shall be the winner and awarded two points, in the case of a draw one point each will be awarded.  After completion of the Round Robin matches the team with the most points shall be declared the winner.  In the case of a tie, the following order of elimination shall apply.

Tie on aggregate – the team with the most winners

If still a tie – the team with the best winner